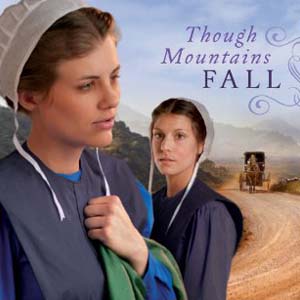 In the final chapters of The Daughters of Caleb Bender saga, Though Mountains Fall, the pacifism of Caleb Bender and his Amish community is sorely tested in the Paradise Valley settlement in 1920s Mexico. When an army of bandits descends on them, the Amish are saved by the last-minute arrival of government troops. But they soon learn that soldiers can be as cruel as the bandits themselves. Then a bishop travels to Mexico, and Caleb's daughters are finally able to marry, though the ban still looms for Miriam, even as her beloved Domingo decides he must go off to fight in the coming war. As Caleb's frail hope of peace and freedom in Mexico slips away, he is left to ponder the question: In times of trouble, on whom should we rely?

« Summer of Light: A Novel
The Captive Heart »
We use cookies on our website to give you the most relevant experience by remembering your preferences and repeat visits. By clicking “Accept”, you consent to the use of ALL the cookies.
We will never sell your private information.
Cookie SettingsAccept
Manage consent