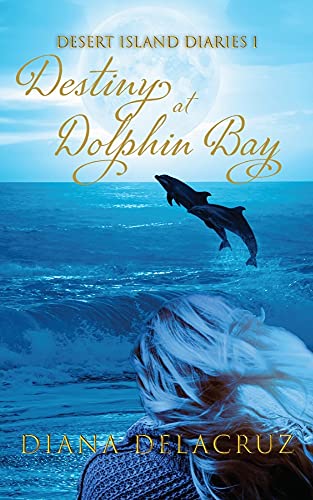 God always has a purpose. We always have a choice. In this compelling Genesis Award finalist, fifteen-year-old Melissa Travis finds herself floundering into uncharted waters when she is exiled from her Christian high school. Dreading a month of “mom talks” over endless cups of tea, she accepts her missionary sister’s invitation to visit the remote Chiloé Islands of southern Chile.

There she discovers a world utterly unlike the South Pacific paradise she imagined, where dire poverty dwells with enchanting beauty, and ancient customs conspire with modern corruption. While a pod of playful dolphins casts an irresistible spell, sinister evil simmers beneath the surface. A suspicious drowning, a ghost ship, and a shaman’s chilling prediction of her death on the island force Melissa to question everything she believes.

Amid the storm of human greed and natural disasters, a soulful young islander inspires her to make life-changing choices, while faith and friendship draw her to reckon with destiny. Destiny at Dolphin Bay is now available at Amazon.com.

4 comments on “Destiny at Dolphin Bay”

We use cookies on our website to give you the most relevant experience by remembering your preferences and repeat visits. By clicking “Accept”, you consent to the use of ALL the cookies.
We will never sell your private information.
Cookie SettingsAccept
Manage consent